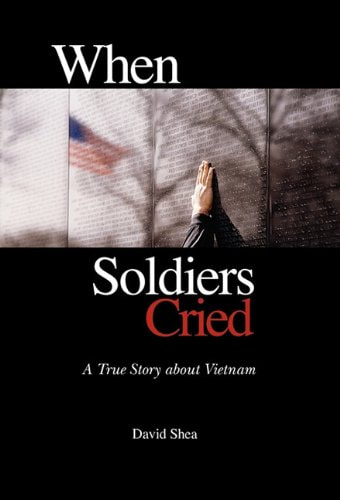 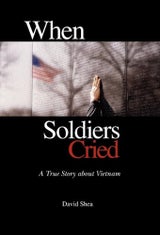 This book was authored by longtime member and current club Treasurer, David Shea. This is a recommended read for those who wish to understand how those with their "boots on the ground" thought about - and survived - the Vietnam War. An illuminating read into events that permanently changed the American culture and psyche - and the young people who were selected to fight in a war that not only redefined the society they lived in, but their lives as individuals.

Each copy ordered will be personalized and signed by David, as the author - a true collector's item.

25% of proceeds from book sales will be donated to Island Yacht Club. $5 flat-rate shipping will be applied at checkout.

"By the summer of 1967, the nation's Selective Service System was fueling the largest military build-up since World War II. Hundreds of thousands of young men were inducted to wage an ill-fated war in Vietnam. Written as a narrative history, this story is a lasting tribute to those who paid the ultimate sacrifice. Based on actual events, this book provides a unique, behind-the-scenes account of the real conditions the young draftees had to endure. Woven throughout the pages of this book are the tragedies of loss and the instinctive drive to survive and rebuild. Sadly, many of the men depicted in this book are among the over fifty-eight thousand fallen soldiers whose names are engraved on the granite panels of the Vietnam Memorial in Washington, D.C. Countless more were wounded or suffered from psychological problems, withdrawal, depression and suicide. In many ways, the sacrifices paid by their families were even greater. To respect the privacy of the surviving families, many of the names in this book have been changed in order to protect their true identities."

About the author: David Shea

A native of California, David Shea is the son of a decorated career Air Force officer who flew over Germany during World War II. While attending college in 1967, Mr. Shea was drafted, and after resisting an appointment to Officer Candidate School, was sent to Vietnam where he served a year with an Army infantry unit. In April 1969, he was awarded the Bronze Star for meritorious service. After his tour in Vietnam, Mr. Shea enrolled in the University of Virginia and later graduated with a BS degree in commerce. Presently, Mr. Shea lives in Richmond, Virginia and serves as a division controller for a regional cooperative. This is a true account of his experiences with the draft and Vietnam.